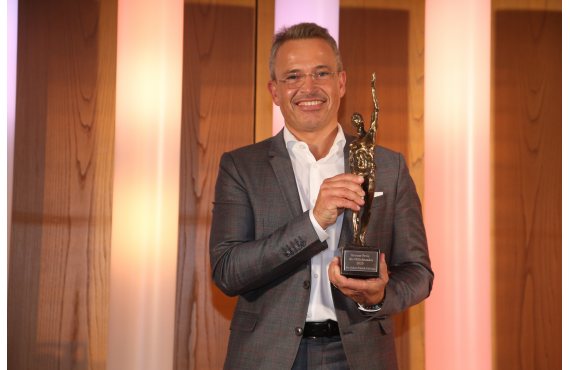 Würzburg / Immenhausen. No other business competition in Germany has achieved such a sustained response as the "Großer Preis des Mittelstandes", which has been awarded by the Leipzig Oskar Patzelt Foundation since 1994. Alongside promoting networks within the SME sector, the competition's objectives are above all public recognition and confirmation of the achievements of the nominated companies; the prize is not endowed. In this competition year 4970 medium-sized companies were nominated throughout Germany, 553 of which made it onto the jury list.

Nominations of medium-sized companies can only be made by third parties. The sera Group was nominated for the third time in a row by Reuter Managementberatung, Board Xperts GmbH and the Association of Metal and Electrical Companies Hessen. The nominated companies were evaluated holistically according to the criteria overall development of the company, creation and safeguarding of jobs and training places, innovation and modernisation, commitment in the region as well as service, customer proximity and marketing. An independent jury of experts then decided on the prize winners and finalists.

At a gala event which met all the hygiene requirements in the times of Corona, the Oskar Patzelt Foundation awarded the Grand Prizes of Medium-Sized Businesses for the states of Bavaria, Hesse, Thuringia and Baden-Württemberg last Saturday in Würzburg. A total of over 4,900 companies were nominated nationwide. Of the 317 companies in Hesse, four finalists and two prize winners were awarded prizes.

After the sera Group had already been one of five finalists in Hesse in 2018, it was awarded this year, its 75th anniversary year, as a prize winner.

This award shows that the recognised expert jury considers the sera Group to be one of the best medium-sized companies in Hessen. "The "Großer Preis des Mittelstandes" is the award for companies of our size and proof that we have done many things right in the past 75 years. This is a special appreciation of our work and the confirmation that we have set the right course for the future with our strong values and a clear strategy", says a pleased Carsten Rahier, managing partner of the sera Group "This is a prize for all serans. Each of them has made his or her own contribution to the fact that the sera Group is today where it is - and where it belongs". "The Grand Prize of Medium-sized Businesses is proof that we are acting exactly right with our mix of tradition and modernity and that we are creating real added value. We could not be prouder - especially in a special and challenging year like this" adds Stefan Merwar, Authorised Representative of the sera Group and Head of Marketing and Communication.